Dear Gentlemen, My name is Alberto Basini and I'm writing from Buenos Aires Argentina, today I have received the package of my order # 40035 of 308 W dies and hand tools. This is my second order to you and I wanted to thank your efficiency and soon delivery. Thanks..

I just wanted to say in these trying times FS Reloading done a great job getting my order to me. Someone stole my presses and some bullets and I had nothing to work with , So I had to order new presses and other stuff and I know they got them to me as fast as they could. Great..

i like the lee compeny the prices great i ordered a lee primer tool that gos on the press and i just ordered a resize and lubed kit and they have good service i will be doing a lot of business with them..

It is the goal of Magtech Ammunition and the CBC Group to provide customers with the highest quality ammunition products and services. Quality and continuous improvement are the guiding principles for each and every employee which has resulted in high quality products and services that have established a loyal and satisfied customer base consisting of military, law enforcement, hunting, self-defense and sport shooting enthusiasts. Magtech employees are committed to generating positive customer experience. 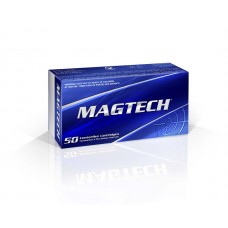