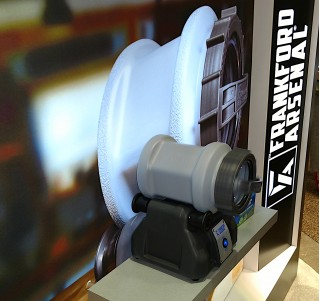 My first stop today was at Frankford Arsenal's booth. When I saw their booth I noticed a new  change for 2019, their logo. They revamped the logo and it looks mighty nice compared to their old cannon.

Shortly after arriving, Jarrod Grove, one of Frankford's reps, came over and answered my questions about their new products.

First up was a brand new rotary tumbler. Frankford Arsenal has added a smaller version of their very popular rotary tumbler that is expected to be about half the price of its bigger brother.

This smaller version has a handle added to the lid for easier handling. I thought this smaller, less expensive tumbler has been a missing product that will be a great addition to the Frankford Arsenal line up. FS Reloading General Manager, Jonathan Carter agrees. He said we will be getting a supply of the new, smaller Frankford Arsenal Rotary Tumblers in our next shipment of Frankford Arsenal Products. The new Tumbler will be on our web site, available for pre-order early next week.

Next was the Caldwell rotating target stand. It looks to be just what I've needed for my IDPA targets. This stand compacts into an easier to carry size. Once at the range, set up is simple. Eight double A batteries will give you up to 11 hours of run time. 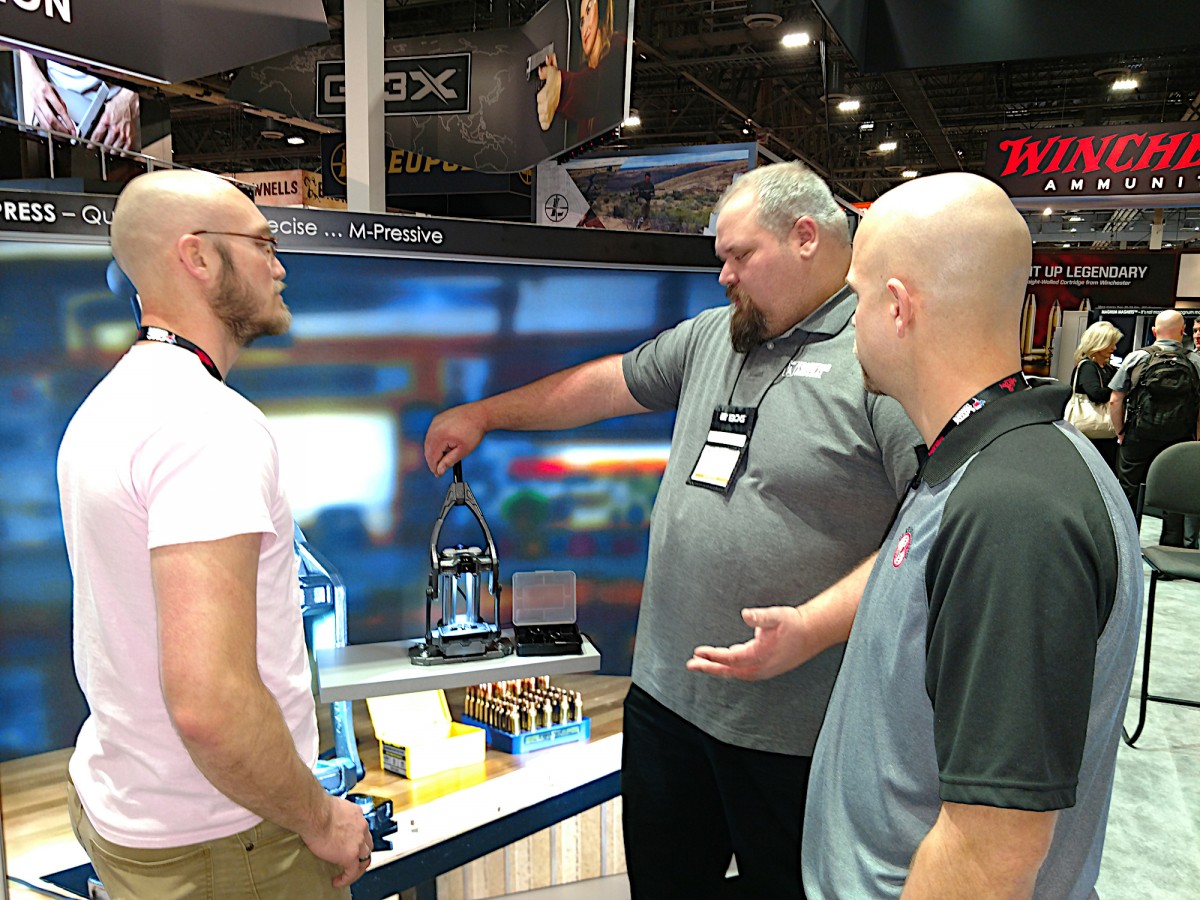 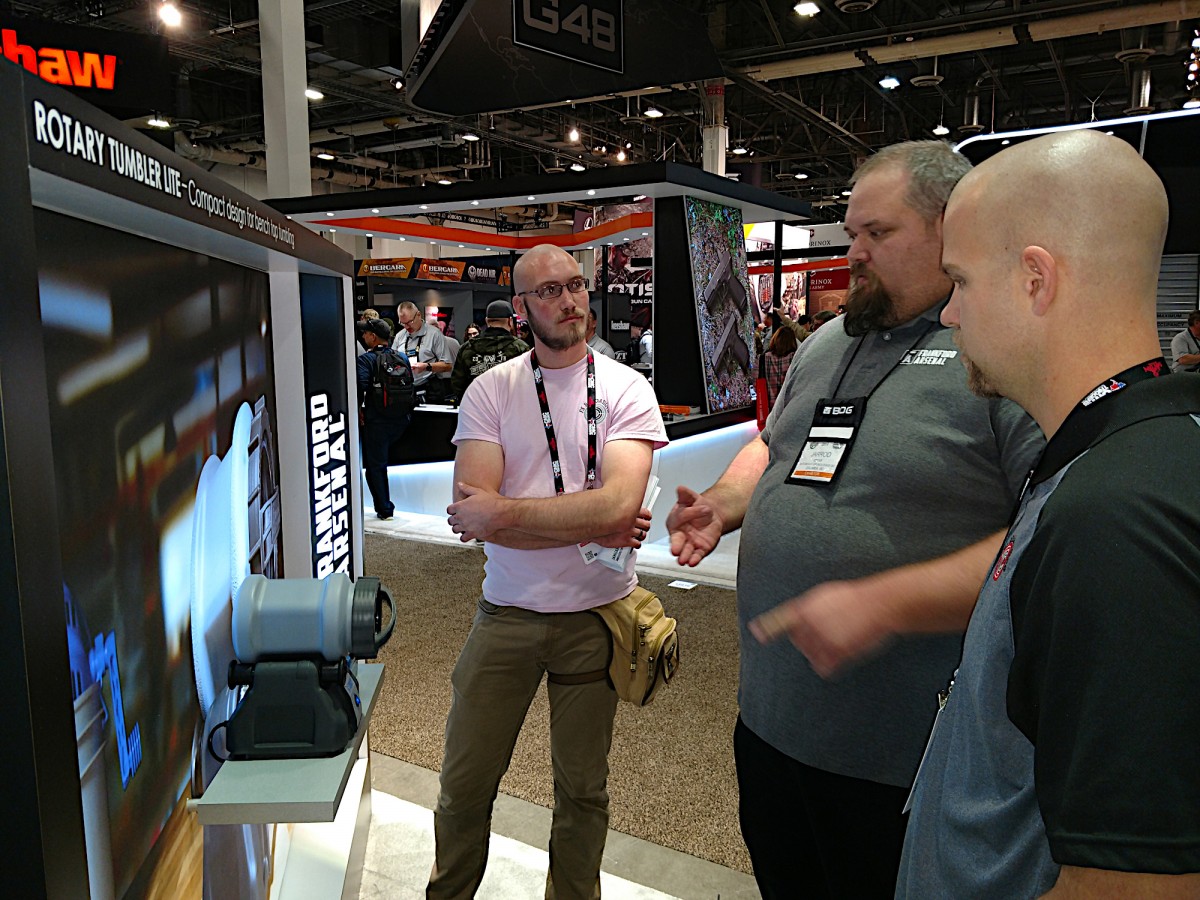 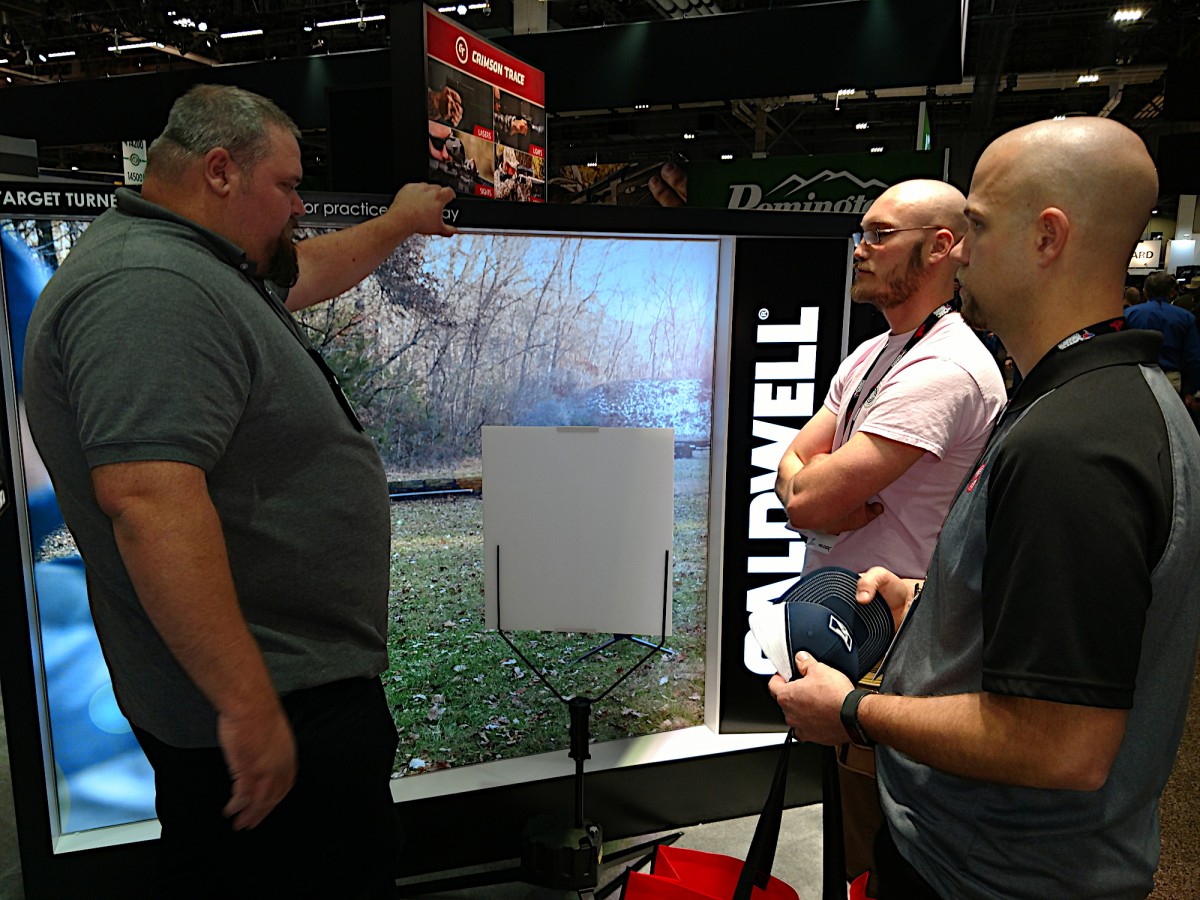 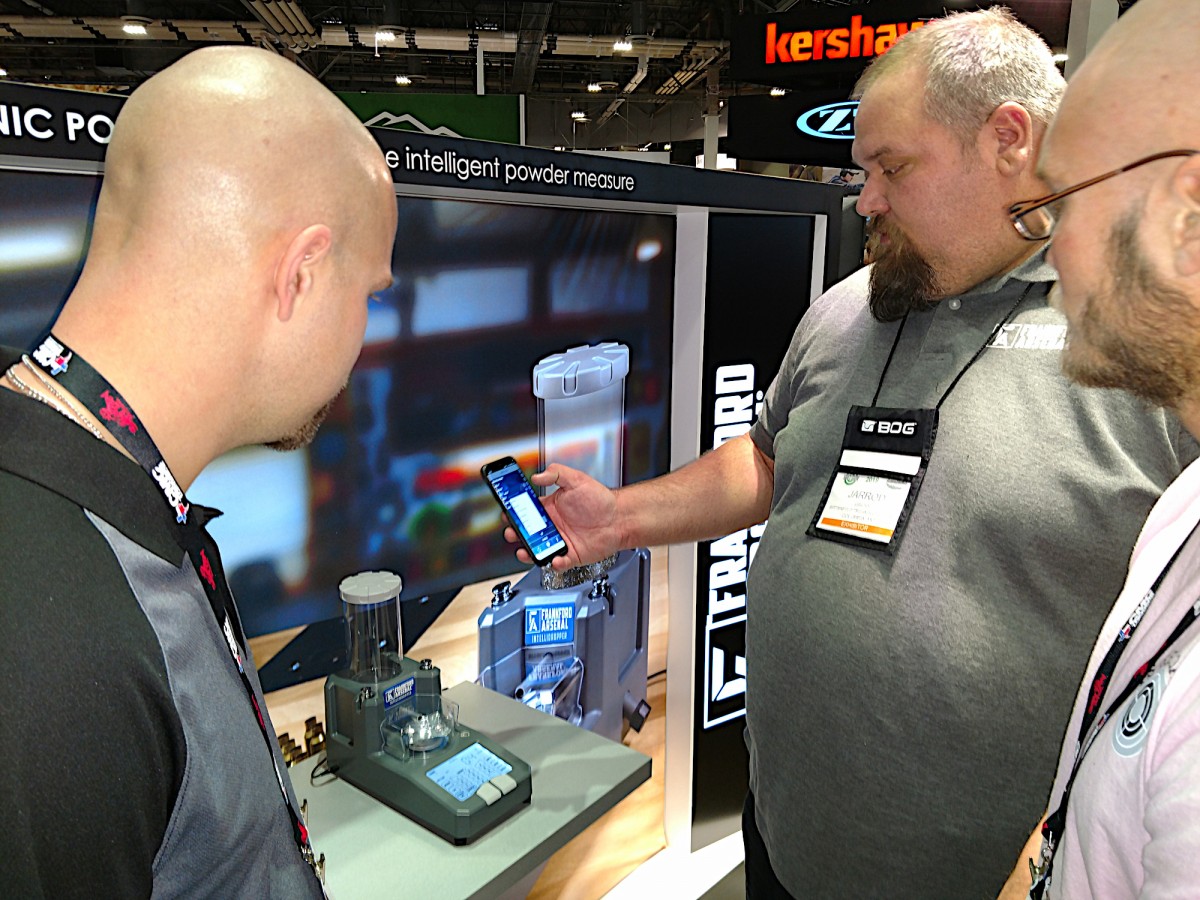 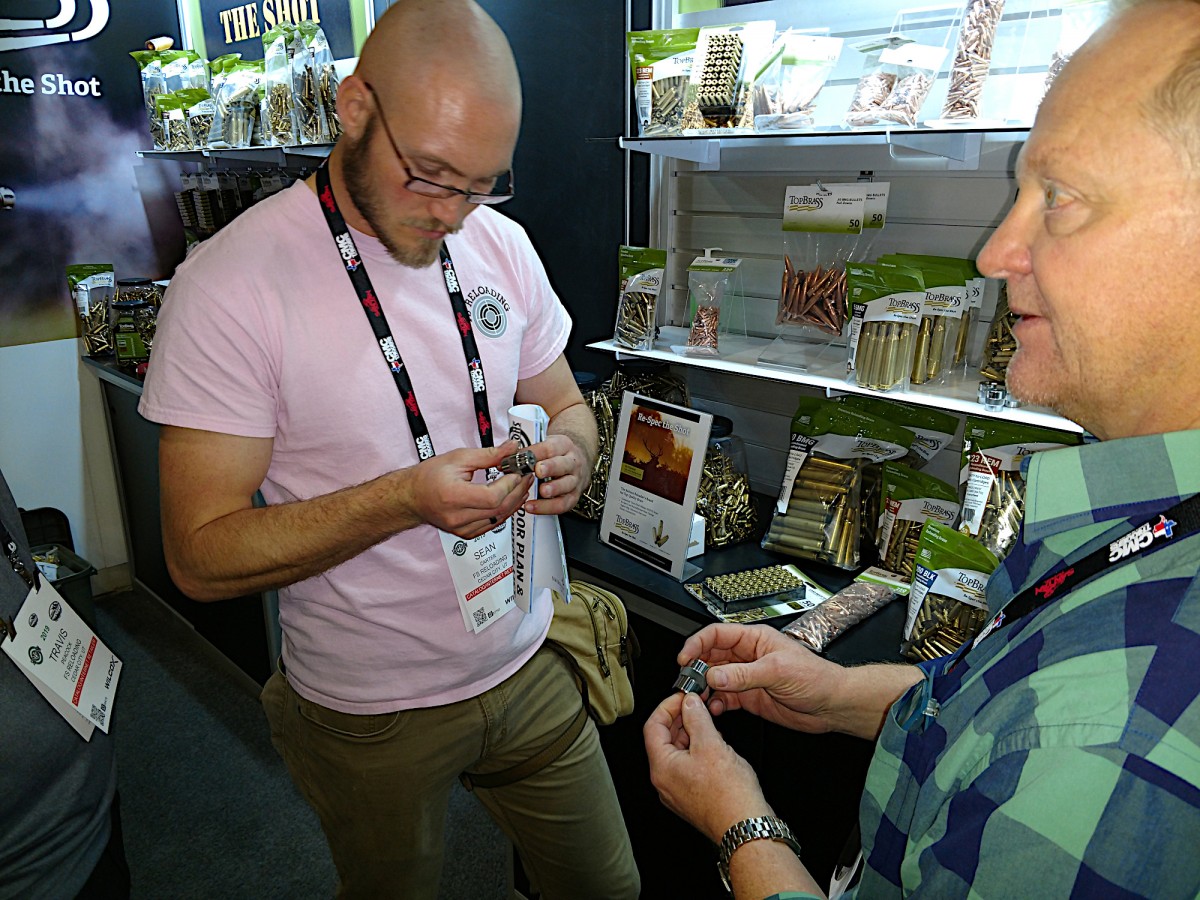